WARNING:  GRAPHIC  (but not as bad as you may think.) 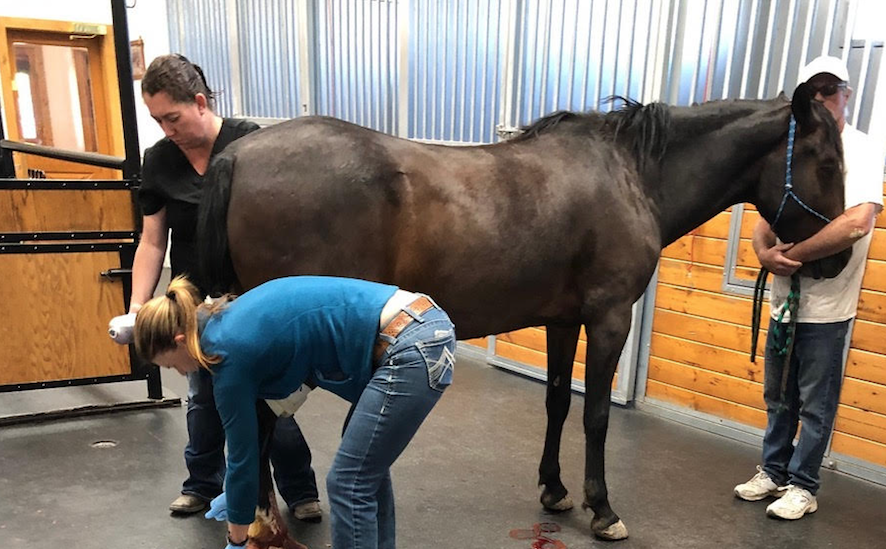 Blaze being treated, his owner, Larry, is devastated at Blaze’s head. 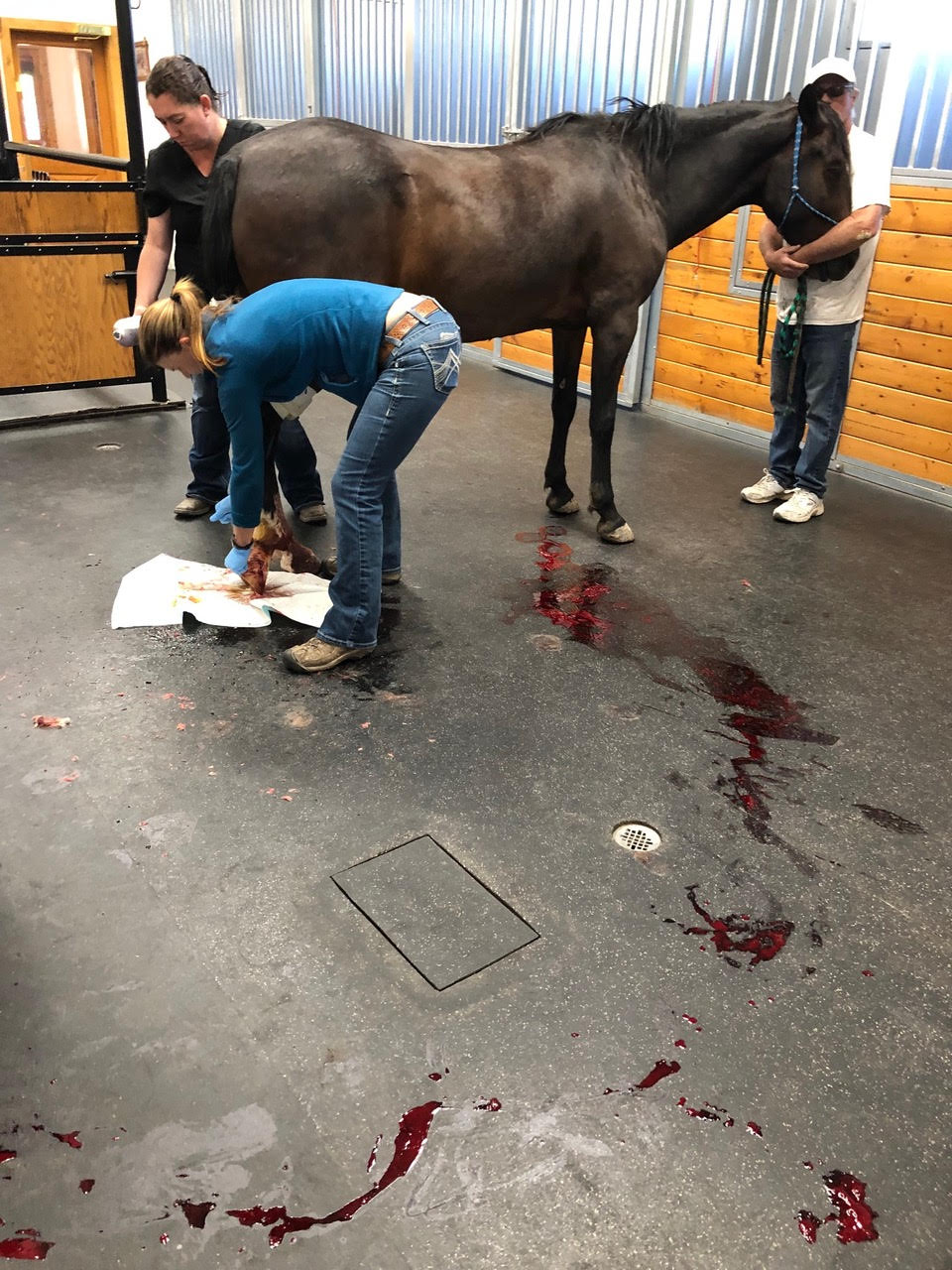 This one says it all to me… look at Larry, Blaze’s owner, trying to keep it together when they arrive at the hospital. Blaze was immediately sedated as they went to work to figure the damage. 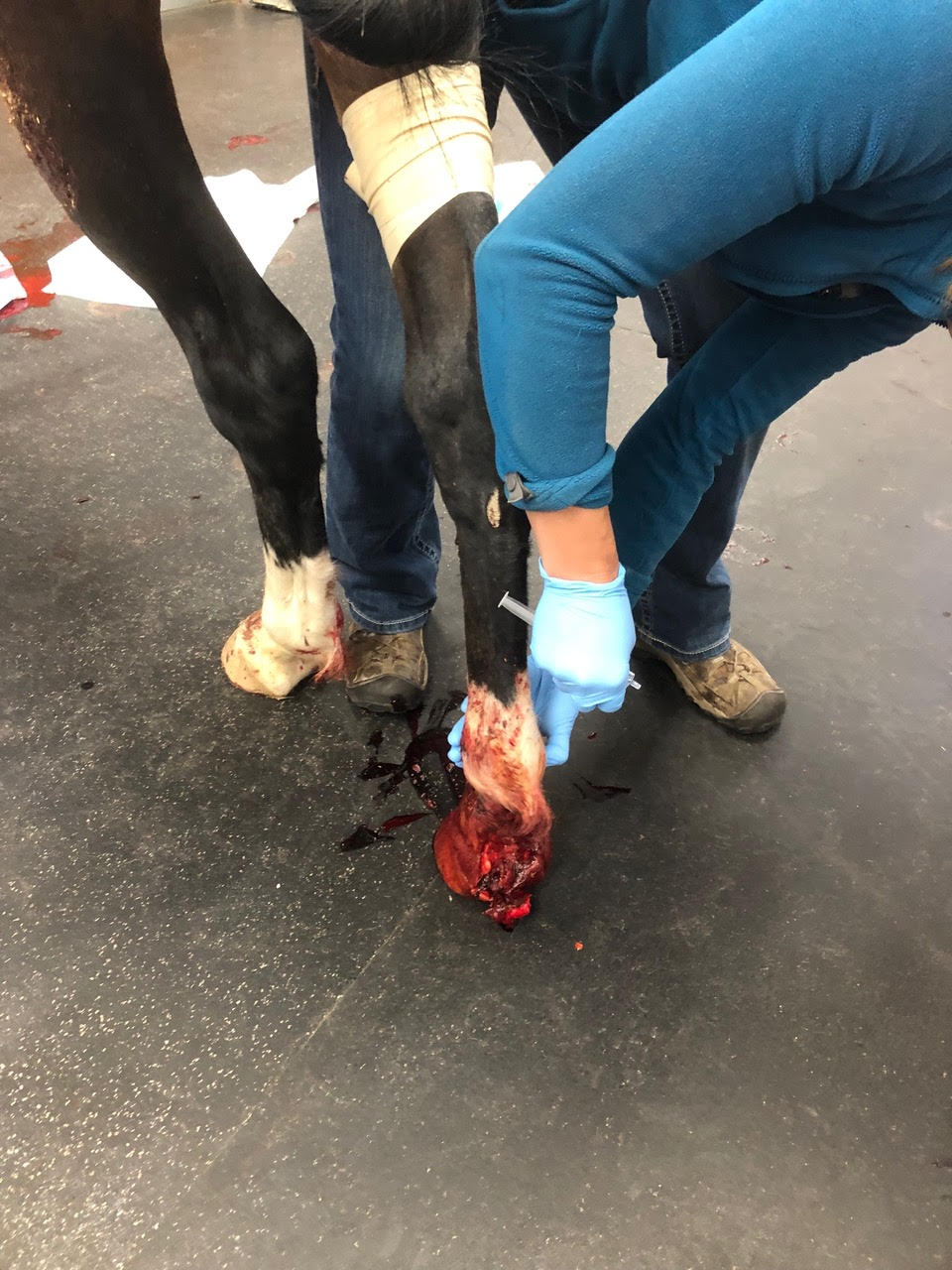 Vet blocking the foot so she can scan the wound. The leg has a tourniquet to stop the bleeding. 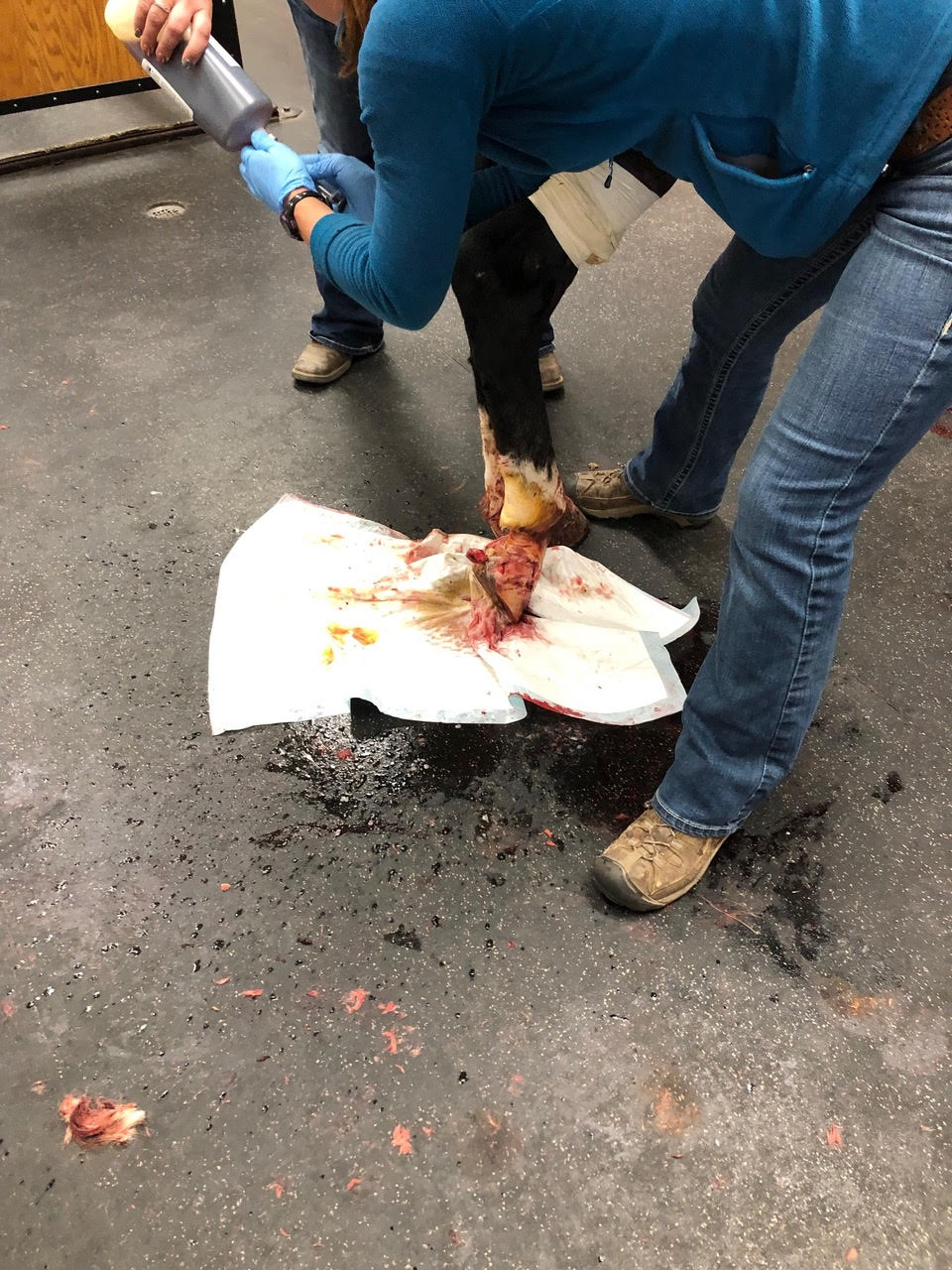 You can see the severity of the wound. He cut a major artery and would have bled out if his owners hadn’t found him instantly. Luckily, no tendons or ligaments were severed! 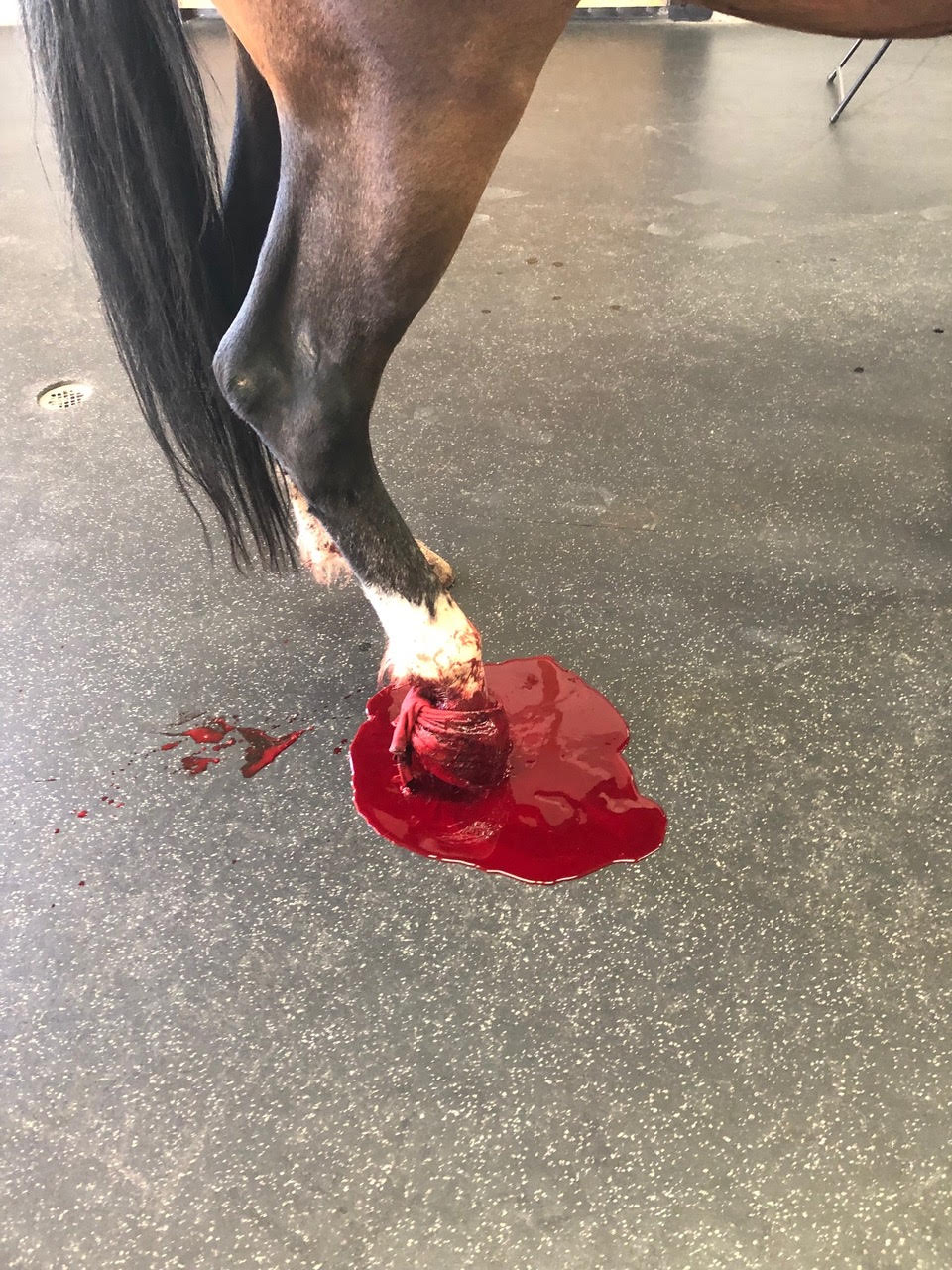 This is how it looked upon arrival to the hospital. I won’t even share the photos of the trailer… An artery was cut. The owner did his best to stop the bleeding as they loaded him immediately. No one saw it, but it they happened upon him very quickly – which will probably save his life.

THANK YOU FOR TAKING THE TIME ON THIS HOLIDAY TO READ ABOUT BLAZE.  THANK YOU FOR HELPING IN ANY WAY YOU SEE FIT.  MANY, MANY THANKS!

Click image to shop this one-of-a-kind handmade jewelry that benefits the Drop in the Bucket Fund!

The single product that has helped keep MT alive during her extreme Founder. We couldn't be without it.  click to order

Click image to learn about this incredible colic cure - and use your coupon for $10 off!